If you’re a recreational cannabis user, you can never go wrong with LA dispensary edibles. Especially if you’re not a fan of smoking, this is another effective and delectable way to consume the magic herb. And if you’re for that particular health reason, you can say that edibles are indeed a safer and non-carcinogenic method of consumption.

But that doesn’t mean that ingestible cannabis does not have its downsides. And we will discuss them in this short article.

How Are Edibles Made?

Whether it’s a THC gummy or a pot brownie, the process of making edibles begin with the decarboxylation of the buds. Simply put, it’s the process of heating the plant material at 220°F for up to 40 minutes. Once it gets to a maximum temperature of 245°F, that’s when the process begins. Decarboxylation is necessary to activate the cannabinoids, including THC. That means eating cannabis in its raw form won’t give you the effects that you’re looking for.

Once this is completed, the decarboxylated weed is then infused into butter (for making desserts and certain dishes) or into oil as an added ingredient for cooking.

What Are the Different Forms of Edibles?

If you’ve been around weed long enough, you’re likely familiar with space cakes and cookies. These are the earlier forms of edible cannabis, which are still popular today.

But as legalization materialized, many of the industry’s brilliant minds came up with other edible forms. Among them are gummies, which we previously mentioned, chocolate bars, lozenges, and candies. Cannabis beverages are also available for those who prefer to drink their weed.

What Are the Downsides of Edibles?

As we’ve mentioned in an earlier section of the article, the main advantage of edible is that they don’t bring the same respiratory risk that both smoking and vaping have. But, they do have a number of downsides.

For one, there is a potential for overdose. You’ve likely heard the usual stories from people who consume more than they should because they “don’t feel anything” during the first 30 minutes. That’s because the cannabis compounds will first pass through the liver before it gets through the entire body. This is known as the first-pass effect, which simply means it may take around 45 minutes to an hour before the hit kicks in.

Another downside of edible cannabis is that it can easily be mistaken as a harmless snack. The simple yet crucial mistake of improper labeling and storage could lead children to consume the said piece of edible. And that could mean dire consequences.

And if you’re not a fan of long-haul flights to the ether, you likely won’t enjoy the edible hit. Because unlike the smoking high which wears off after half an hour, the edible high sticks around for three to six hours. 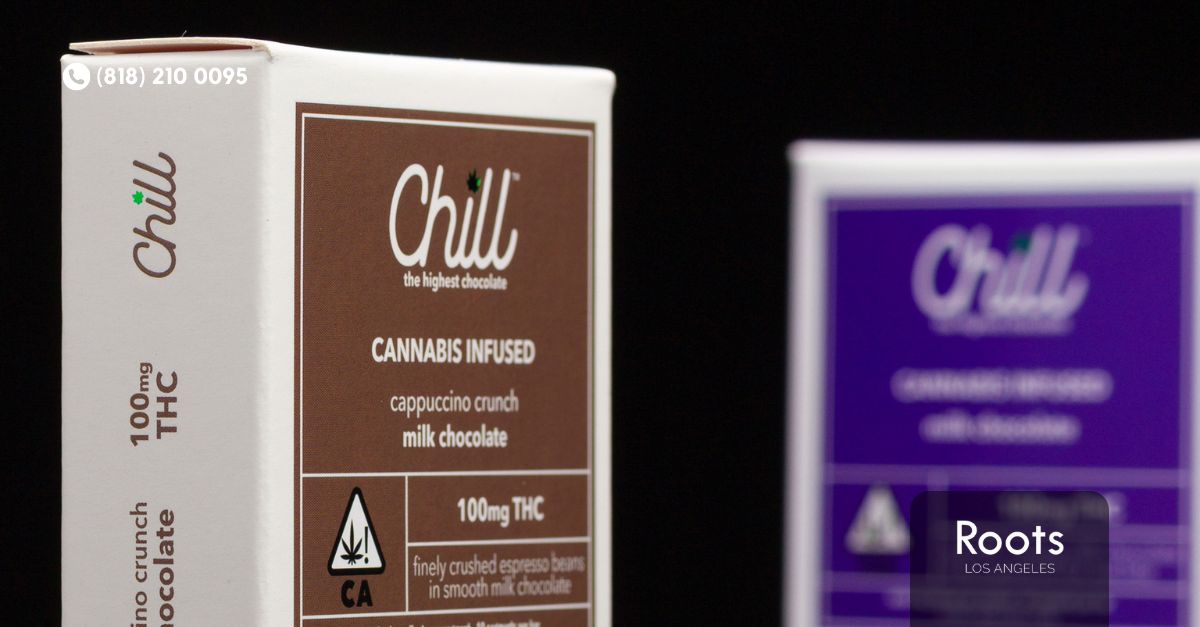 As long as you’re aware of the risks, LA dispensary edibles are safe to consume. But what you should be looking for are products with proper labels with the appropriate doses indicated on each pack.

These are the products we have over here at Roots LA. Along with the proper guidance from our staff of budtenders, you can be assured of a safe edible experience.