Southern California residents are likely asking a question: How do I identify weed flavors from a dispensary open near me in Los Angeles? If you’re serious about your preferred strains and their taste profiles, this is, indeed, a very important thing to ponder. All of this is connected to science. Here’s the shorthand explanation: cannabis flavors come from what are known as terpenes. Simply put, these are chemical compounds responsible for the unique flavors and aromas of each strain. How they differ is an entirely new story, altogether, and that’s what we’ll discuss in this article.

Let’s take a deeper dive, shall we? To be a bit more precise, terpenes are aromatic oils that give off either a fruity, minty, or citrusy aroma and flavor. Some strains have a distinct diesel and cheesy smell, which are still pleasant despite their description. Every cannabis plant produces terpenes the same way it produces the precious THC and CBD cannabinoids. From a biological standpoint, the main purpose of terpenes is to provide plants a line of defense against potential predators through that pungent smell. To put things in perspective, experts have discovered more than 100 different terpene types in cannabis plants. More studies have shown that terpenes may also play a role in the overall effects of a particular strain. 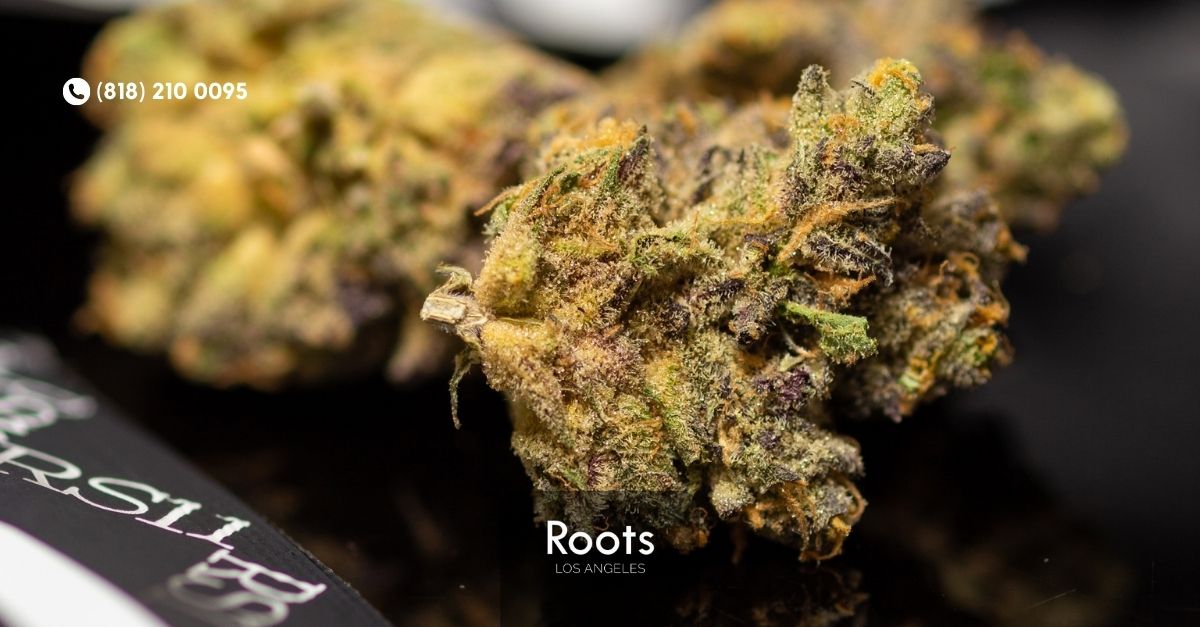 How Terpenes Work Their Magic

Terpenes don’t exactly have an effect on the overall psychotropic hit of a particular strain. However, as experts have discovered, they do play a role in altering one’s mood as they interact with the body’s dopamine and serotonin systems. A good example is a limonene, a terpene that’s also found in orange peels is known for having stimulating effects. On the other hand, the terpene myrcene, which is also found in lemongrass, basil, and mangoes, is known for having sedating effects.

The Different Types of Terpenes

In the previous section, we mentioned two terpene examples in passing. Now, let’s take a closer look at some of them.

Can I Experience These Flavors in a Dispensary Open Near Me in Los Angeles?

You certainly can. If you reside in the Sun Valley area, pay us a visit here at Roots Los Angeles. You’ll get to experience these many flavors through the wide variety of strains that we carry. Our doors are open daily from 6 AM to 10 PM. For more information, visit our website or call us at (818) 210-0095.